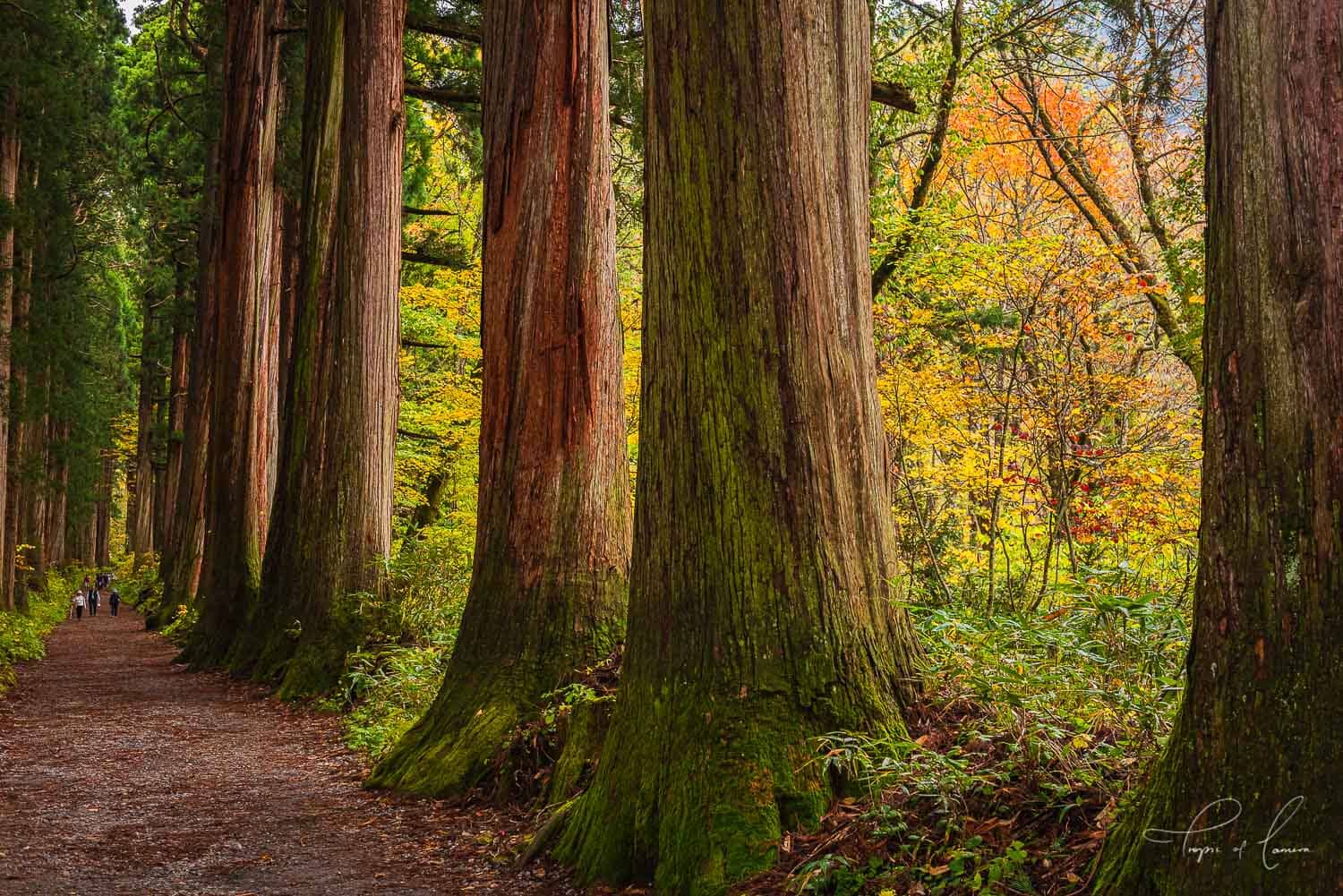 While Nagano’s most famous day-trip might be the snow monkeys, exploring Togakushi is a fantastic option for those interested in local food, nature and folk history. Not to mention ninjas.

Located an hour from Nagano by bus, Togakushi is nestled in the mountains west of the city, and the area is explored through a series of three shrines. I took the bus to the end of the line to explore the area around the third shrine. The bus wended its way through the forest, over striking mountain roads, past rural farms, until it arrived at the third shrine.

The Togakushi folk museum comprises a series of historic buildings, filled with exhibitions about traditional farming methods and local history. But the museum also serves to tell the history of the Togakure school of ninja, along with some ridiculously fun activities to illustrate ninja-life: shuriken throwing, balance tricks, a ninja climbing wall and the pièce de résistance, the ninja trick house.

Without spoiling the secrets of the trick house, it was a highlight of my trip to Japan. While some of the puzzles are easier than others, I ended up forming a group with several Japanese people to escape – we were stumped! Despite the language barrier, we eventually found the secret exit and had a great laugh.

A striking exhibition of ninja weapons and photographs reminded me of how much I enjoy samurai and ninja films, and I marvelled at the feats of human strength to perform the tricks in the photographs.

Togakushi is also famous for producing buckwheat soba noodles, and I always like to try the local produce. I tried soba with tempura at Back Yashiromae Naosuke, where great big windows opened out onto the forest, especially beautiful in Autumn. You can also fill up on soft serve ice cream before hiking into the forest. The restaurant is just across the road from the folk museum, so you can’t miss it.

Next to the restaurant, the traditional gate beckoned me to the upper shrine, along a wide and flat trail. After the first kilometre, a gate marked the entry to the grove of 400-year-old cedar trees. Standing amongst these giant trees, I couldn’t help but feel so small. I’d seen nothing like them. As you follow the path, there is a short hike up stairs to the upper shrine.

It was getting late, so I only spent a few minutes admiring the shrine and the view of the mountains through the trees. I didn’t want to miss the last bus, so I turned around and walked the peaceful two kilometres back to the museum. I left with some of my favourite memories of Japan; tall trees, soba, and of course, ninjas.

How to get to Togakushi

Togakushi is best accessed from Nagano. A regular bus travels to the key tourist areas of Togakushi, and maps and timetables are available from the centrally located tourist information office at the Nagano train station.

The bus is run by a private bus company and leaves from outside the office opposite the train station on the east side. The timetable is available here. If you are planning on visiting multiple shrines, I would recommend catching the early bus and spending the day in the mountains, working your way down from the upper shrine. The cost of an all-day ticket is approximately $37 AUD.