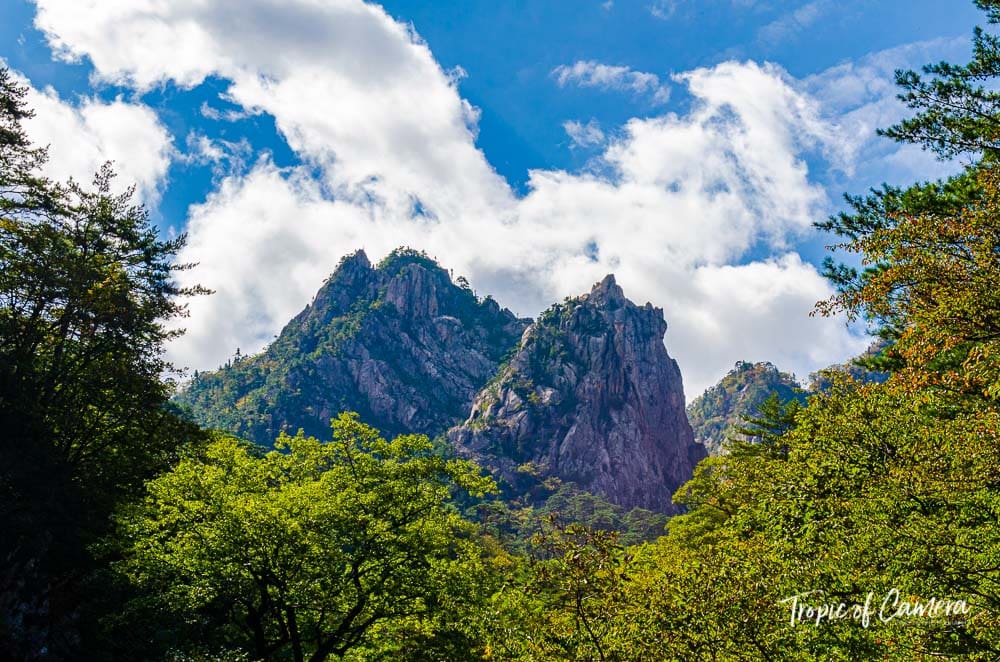 Kat: This October we got five days off work to celebrate Chuseok. Chuseok is Korean thanksgiving, when everyone goes back to their homes to visit family, eat lots of rice cakes and for kids to mooch money off relatives. During Chuseok the trains sell out, roads are packed with traffic and buses take a long time on major highways. We booked train tickets on the day they came out, so we got seats, but other people had to stand up on the train. We used the holiday to go right up to the northernmost corner of Korea, Gangwon province. Gangwon is a coastal area which borders the East sea and the DMZ. It is the only split province in South Korea.

Justin: So we trained it up there on the scenic coastal train, otherwise known as the slow train on account of it being quite inferior in terms of speed against the bullet KTX train. I loved the slow ride up there as we cut through large swathes of forest, mountains and hugged closely to the eastern coastline. Yes the trains were crowded, but nothing like Japanese rush hour. I used the trip to rekindle my interest in listening to audiobooks and vowed I would now actually work through my sizeable Audible collection I purchased a few years ago. As the incessant chanting of ‘teacher, teacher’ by our hagwon students began slowly receding from my mind, I prepared to embrace more quiet time and camping with my lovely wife and tent. The monkeys got their groove back. Yeah. 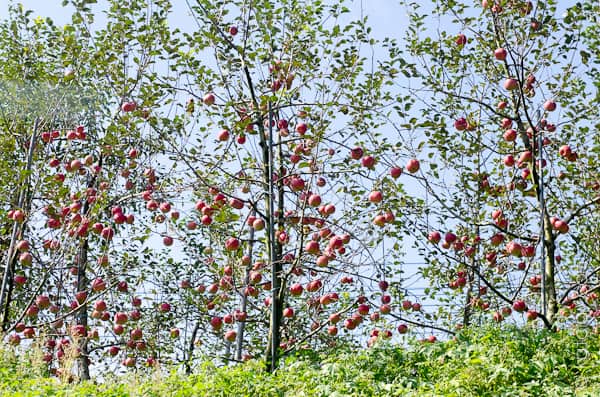 Kat: I spent most of the train journey staring out the window, looking at the layers of yellow rice fields and farms full of persimmons and apples. As we got closer to Gangneung, the train rode along the coast. Gangwon holds the Guinness World Record for the closest train station to the ocean; at times it seems as if the train is floating on the sea. Autumn is the best time to travel in Korea, the air is cool but the sun stays out and the leaves begin to change.

Justin: Seasonal changes are glorious in Korea. This also reminded me of going down the Blue Ridge Parkway as we revelled in the changing seasons. I actually find autumn the ideal season in Korea – just perfect for outdoor exercise and activity which Kat and I are intentionally upping as we slowly prepare for more arduous hikes in Nepal mid next year. 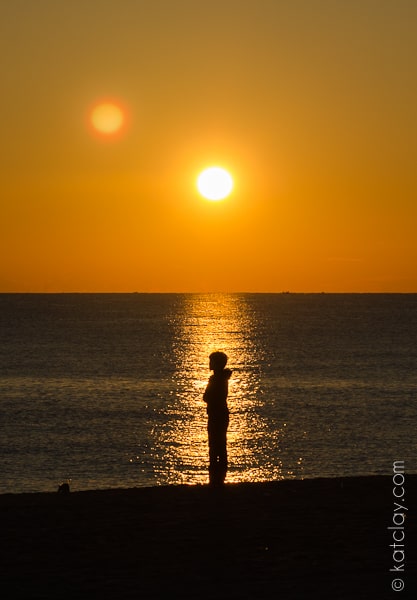 Kat: We spent the first night at Gangneung camping on Gyeongpo Beach, near an out of tune saxophone concert. In Korea you can pretty much camp anywhere, although we got some odd looks from the locals. Our strange behaviour is usually put down to “crazy waygooks”. Gyeongpo Beach is the perfect place to watch the moonrise and sunrise. The full moon towered over the beach, just as the bright sun did the next morning. The beach is lined with fresh sashimi and crab restaurants, with prices to match. A plate of sashimi here costs as much as 180,000 won (around $150!). We settled for a sashimi bap, a more cost effective option, with salad and rice topped with fresh seafood, sesame and garlic. Delicious. 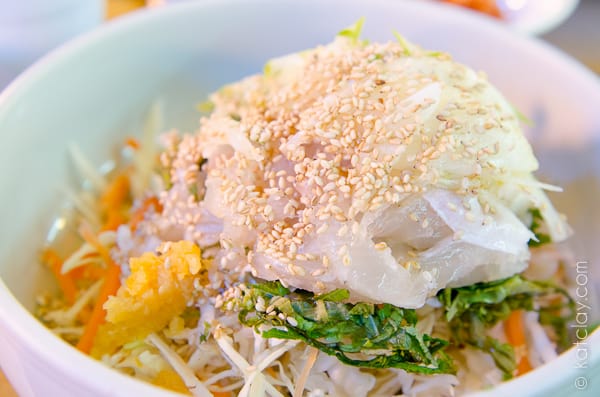 Of course, Monkey 2 was still hungry, so the sashimi was followed with ramen, corn chips and a snickers.

Justin: Up until know most things in Korea we find, as opposed to nearly all American perspectives, are very reasonably priced, although these seafood restaurants bucked the trend and were clearly grabbing the tourist dollar. We discovered not many Koreans opted to rough it up a little and camp near the beach like us. I did indulge in a second dinner via the 7-11. It did the job momentarily although was feeling dodgyville the next morning.

Kat: We sat on the love seats on the beach with our head torches experimenting with light art as kids drove by on 4 wheeled motorbikes lighting fireworks.The next morning I watched a spectacular sunrise from our tent door. We headed up early to Seoraksan National Park, but that’s for another post.

Justin: I absolutely loved watching Kat experiment with light and photography. In case you didn’t know by now Kat is an extremely accomplished photographer and I would encourage you to view some of her collection at her site. The way she was able to draw some characters in light above some of the beached boats was seriously impressive. As my Mum says “she’s a little genius”. Camping was OK but I’m not used to such a firm surface to sleep. Without a decent pillow I’m liable to wake up about 30 times a night on average but it was nice to wake up to natural light and nature enveloping you. Already I was starting to feel calm.

How to get there

Gangneung is easily accessible by train or bus. The Mungungwha train line runs all the way from Gangneung to Busan in the south. Be prepared for a slow train ride. From Seoul, it’s easy to catch the bus, which takes around 3 hours.