I’m pleased to announce I won the Road category of the Rhino Car Hire Travel Your Way photo competition. Check out all the winners here. If you’re visiting for the first time, why not like me on Facebook for regular updates?

Rhino Car Hire are running a Travel Your Way photo competition until the end of September. The brief is to share four photos that represent various forms of transport: road, air, rail and sea. For more details on the competition click here. Below are my entries for the competition. If you’re interested in entering you’d better get in quick – the comp closes September 30th!

Driving in India is like being in a dodgem car. There might be people, chickens, cows and even elephants on the road! The above photo was taken in Jaipur after the Holi festival, an annual celebration where people throw coloured powder at each other. At the end of the celebrations, I hopped in a tuk-tuk and sat on the back to take photos. Everyone was in a good mood riding home from family gatherings. These three men saw me taking photos and threw their arms up in the air, smiling. Never mind that they managed to fit three grown men on a motorbike! 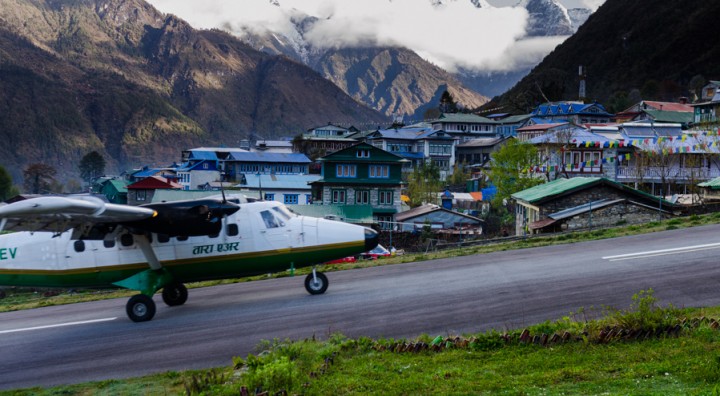 Lukla airport in Nepal has a reputation for being one of the most extreme runways in the world. Yes, that’s the right angle. As the gateway to Mt Everest, Lukla often has 60 planes landing and taking off a day, filled with trekkers ready to conquer the highest mountains in the world. Planes take off and land on a 12 degree angle and the runway is only 450m long! The end of the take off strip drops dramatically into a valley, the other end is a cliff face. As a nervous flyer I certainly won’t be going there again – on landing it looks like you’ll smash into the cliff, and take off is a do-or-die situation. You rush down the sloped runway like a roller coaster, only to take off just before the end of the runway. 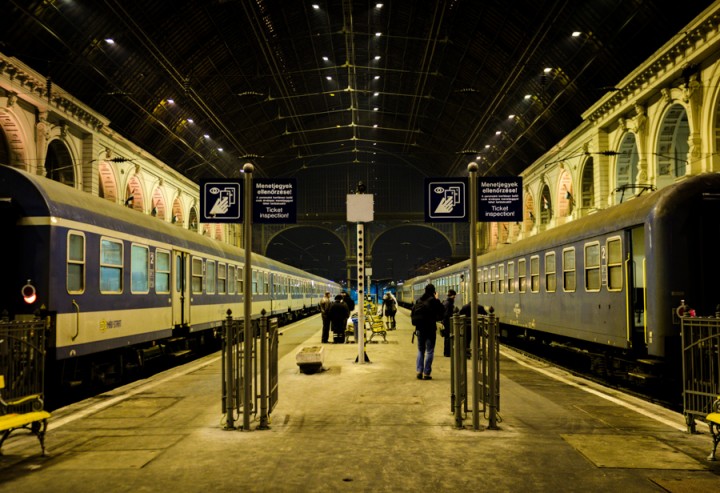 This photo was taken at Budapest Keleti Train Station, the main international terminal. I was just about to leave Hungary for Transylvania on a late night train (how very Dracula!) and took this photo while waiting for my train. The beautiful building was built in the late 1800s. I was drawn to how the two trains diverge into the distance and created a dramatic perspective. 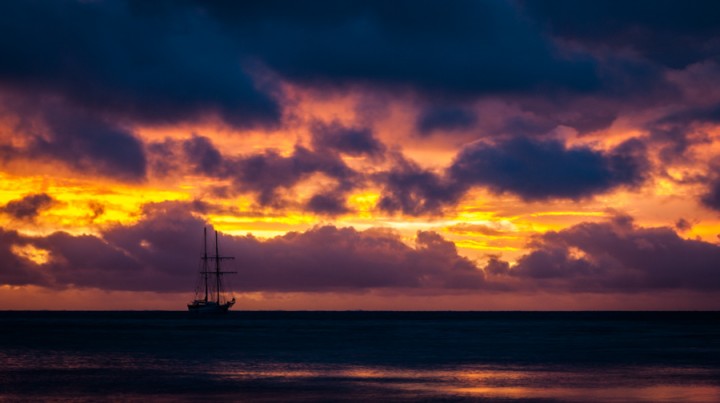 The Fijian Islands are known for their crystal clear waters and soft sand. While staying on an eco-island, a terrible storm came in and I was stuck in my room as winds buffeted the island. That night, the wind calmed and the sun peeked out for one final sunset after the storm. It created such dramatic skies with this tall ship silhouetted against the ocean. The next day was perfect; back to blue skies and sunshine.

I nominate the following bloggers to take part in the competition:

How to Take Good Night Photos on Your Phone

How to Make Money as a Travel Photographer