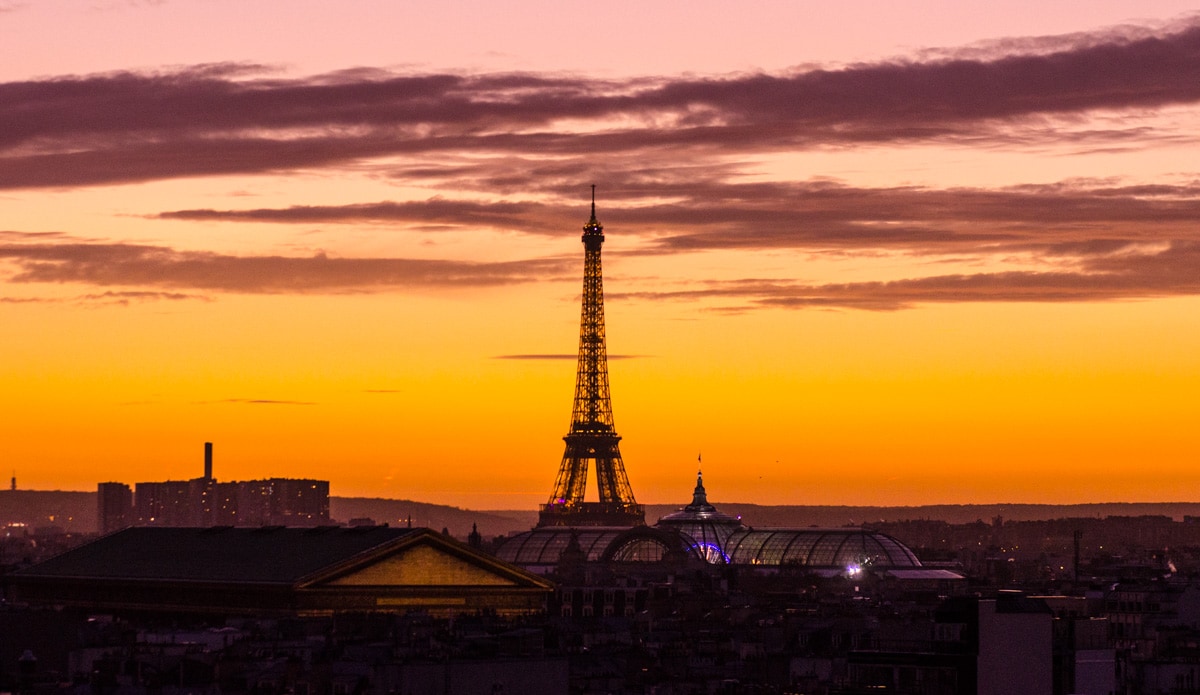 One week in Paris Itinerary

As part of a new series on my blog, I’ve been asking friends and family what travel and photography questions they’d like answered. Andrea is going to Paris this year and she for a one week Paris itinerary. If you have a question you’d like answered on my blog, feel free to contact me through my contact form. Don’t be shy now!

Paris is one of my favourite cities; I spent a year living in France and know the country very well. Paris caters to a wide range of interests, but it’s a particular heaven for foodies and art buffs. There are some of the best museums in the world within the arrondissements of the city. Paris is divided into 16 segments that spiral out from the circle (arrondissements), with the 1er arrondissement being the most prestigious and housing the Louvre. It’s also number 1 for prices! The further out you go, the more suburban the city becomes, but there are still some fascinating places to visit on the outskirts, like the science museum and some great flea markets.

A small pocket map of Paris: I travelled Paris with a small book style map, rather than the bulky fold out maps. It’s a lot less obvious that you’re a tourist and you can also make notes on the map of places you’ve liked. You can pick one up at any bookstore (librarie) and should be labelled something like “carte de poche“. Otherwise a phone or tablet works just as well, but be careful of international data rates! You have been warned.

Paris Museum Pass: I highly recommend picking up a Paris Museum Pass. With a little forward planning, this will save you a lot of money and time, as you can use it to skip the queue at certain attractions. If you’re in Paris for a week, I would get a four day pass, which I’ll factor into the itinerary below.

Pass Navigo Decouverte: Depending on how much you use the metro, you should pick up a Zone 1-2 weekly train pass which will make travelling on the trains and buses a lot more convenient. The metro is the easiest way to get around all the tourist sites.

Good walking shoes: Forget trying to do Paris in heels. A good pair of runners or walking shoes is a must on the cobblestones and many, many stairs.

If you’ve seen Amelie or Moulin Rouge, they’re set in the artistic suburb of Montmartre. The main feature of Montmartre is Sacre Coeur, Paris’ iconic cathedral on a hill. But because it’s that iconic, it’s overrun with tourist traps, especially during the day when scammers try to place bracelets on your wrist then get you to buy them. Sounds lovely. The trick is to go early in the morning, which shouldn’t be too hard if you’re suffering from jet lag. I visited Sacre Coeur around 8am, when the nuns were finishing their vespers, the bells of the cathedral were ringing and the only people around were Parisians walking their dogs. Once you’ve seen the interior of the cathedral, check out the fantastic views from the top of the steps. You can see the whole of Paris from there.

From Sacre Coeur, walk behind the cathedral to the popular artist’s square at place du tertre – touristy, yes, but still quaint – where artists paint pictures in the midst of a square of cafes. If you’re feeling peckish pop into one of the cafes. La Mere Catherine is the most famous, but be warned they have a tourist menu, so ask for the “menu francaise“.  After your pick-me-up of croissant and chocolat chaud, take a wander through the alleys and back streets, where you might catch a glimpse of some famous street art. Head back to your hotel or a beautiful park for a break until the afternoon.

Head to Trocadero station in the late afternoon for the best views of the sunset over the Eiffel Tower, depending on what time of year it is. Wander towards the tower – you can’t miss it with the blinking lights! To go up the tower, you have two options – pay to catch the lift up (and if you’re feeling tired after the stairs of Montmartre, this is probably the best option), or if you’re el cheapo, walk up. I told you there would be stairs! There’s nothing like the shimmering lights of the tower at night and you get a fantastic view of the city.

For the next four days you’ll need your Paris Museum Pass, so make sure you bring it!

This museum is simply the most beautiful in Paris. It houses the great works of the Impressionists, such as Monet, Manet and Renoir, all in the converted Orsay train station. Spend the morning (and afternoon) here, soaking in the beautiful paintings. Make sure you get there early – the museum opens at 9:30am – as there is often a queue to get in, even with the Museum Pass.

Not too far from the Musee D’Orsay is the Musee de l’Orangerie, which houses one of the world’s most famous Impressionist artworks, Monet’s Waterlilies. The artwork is displayed in two round rooms, taking up the entire room. There are also exhibitions downstairs, but this museum won’t take you as long as Orsay or the Louvre.

Get ready for the big one! Possibly the most famous castle in the world, Versailles was the scene of historical revolutions, grand balls and Marie Antoinette. Located outside of Paris, Versailles is an excellent day trip. You’ll need to buy a separate train ticket and catch the RER to Versailles. From there, follow the crowds to the palace. When I’ve been there in the past, the waiting times have varied. In winter, we queued for an hour before getting into the palace itself, and that was around 10-11am. You can’t skip the queue with the museum pass, but it does cover your entry fees.

In the palace itself, you can see the decadence of the ruling classes before the French revolution. The hall of mirrors is the highlight of the tour, with the light, airy room looking out onto the gardens. After touring the palace, spend some time walking through the gardens to the Petit Trianon. It’s a good idea to bring your lunch with you, so pack a baguette and have a picnic on the lawns.

You can’t really go to Paris and not visit the Louvre, although it’s so massive you can’t see it all in a day. If you have your heart set on seeing the Mona Lisa, join the running of the crowds when the doors open (I kid you not, people run to see the Mona Lisa first and get a clear view). She’s smaller than you think. Once you’ve checked that box, lose yourself in the maze of exhibitions from pre-history to classical art. My favourites include the grand room of statues, the Egyptian Book of the Dead and the paintings by David. The Louvre also used to be a palace, so there are the royal chambers if you didn’t get enough Marie Antoinette at Versailles. And if you’re a fan of The Da Vinci Code, take your photo with the downward triangle in the entrance way. There is a separate entrance near the top pyramid for Museum Pass holders.

By now you’ve probably got museum fatigue and just want to crash. Head out the the Jardin des Tuileries just opposite the Louvre. This garden filled with statues is a great place to stroll or have lunch. If you’re not too tired, head up to the end of the park to see the wheel and the obelisk.

Head to Notre Dame, France’s most famous church. Located on Ile-de-France, this beautiful church features a pieta sculpture and stained glass windows. Take a tour and head up into the rafters, where you can examine the gargoyles – but it’s not for those afraid of heights or stairs! Spy on the people in the square below from high up in the cathedral.

Head across the square to Saint Chappelle, a small but pretty church known for its exceptional stained glass windows. A walk around this cathedral won’t take long, but it’s worth a look.

If you have time, the Conciergerie is also on the island, the former royal palace and prison. Even if you don’t go inside, it makes for a great picture on a clear day from the bridges of the island.

Walk south from the Ile-de-France and head to the Left Bank, the bohemian heart of the city. The Rive Gauche is home to bookstores, galleries, cafes and the occasional busker. The Latin Quarter in the 5th and 6th arrondissements is the location of many universities, and the suburbs have a young feel. Buy a book at the Shakespeare and Company bookstore, a famous haunt for many modern literary giants. Have a break, eat lunch and wander the Boulevard St Germaine and St Michel.

In the afternoon, pay homage to the great people of France at the Pantheon, where you can see the resting place of Victor Hugo, Marie Curie and Alexandre Dumas. There is another great view here, but again, not for those who experience vertigo of fear of heights. The circular dome of the Pantheon can be dizzying from the top!

Take it easy from the history and do some shopping on the Champs Elysees. The road leading up to the Arc De Triomphe is one of the longest shopping strips in the world. Although you may just want to window shop along the way, with some of the world’s luxury brands like Cartier and Louis Vuitton at home in this premier location.

In the evening, the Champs Elysees come alive with beautiful lights. The Arc De Triomphe is the marker for the end of the street, with a huge four lane round-a-bout built around the arch.

Use your final day in Paris as a time to relax and catch up on anything you may have missed. Some suggestions are:

One of the hidden gems of Paris, the house of sculptor Auguste Rodin is open to the public, as is the garden. You can see sculptures like his famous Thinker, the Lovers and the Gates of Hell. It’s a great place to relax and read a book in the middle of Paris.

Take a stroll and chill out in the Jardin du Luxembourg, one of the biggest public parks in Paris. Although be warned, the French are a little picky about people sitting on the grass!

If modern art is your thing, visit the Musee Georges Pompidou. The architecture alone is worth a look, with the interior of the building built on the exterior. It can be a bit weird if you don’t like modern art!

If you’d like to continue shopping, visit one of Paris’ many flea markets. Often located on the outskirts of town, these markets can have great bargains and original souvenirs (as opposed to the cheap plastic Eiffel Towers). Le Marche aux Puces de Saint-Ouen at Clignancourt is the largest. The markets are best visited on the weekend.

What’s your favourite place in Paris?

The Wurst of Europe: Germany, Austria and Slovakia