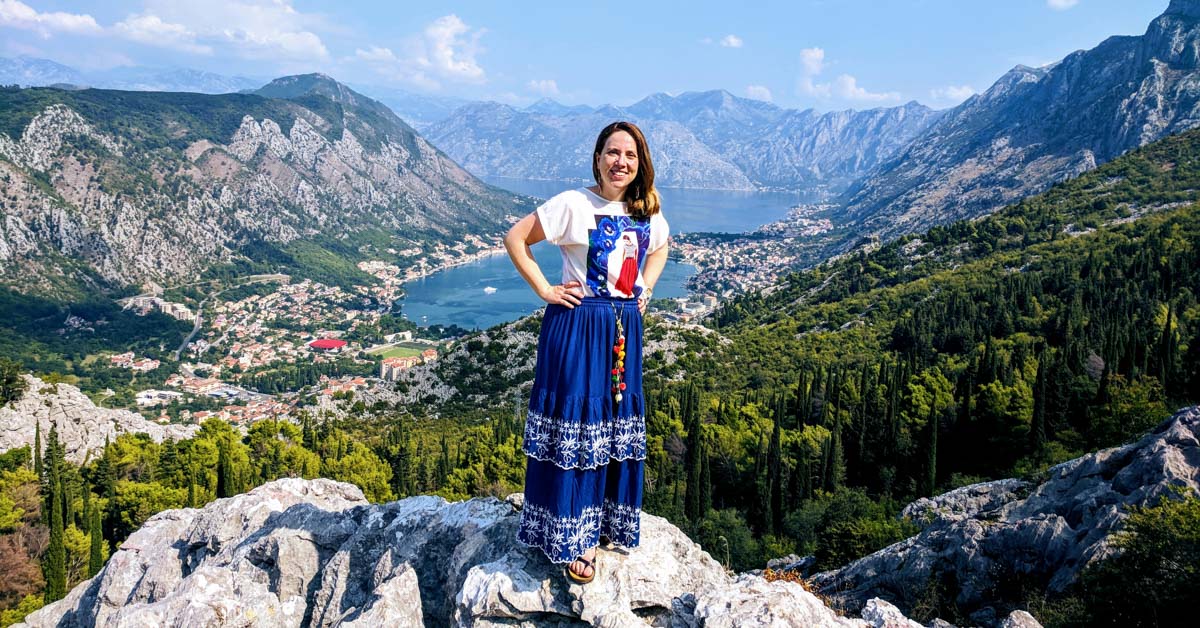 Two Weeks in the Balkans for Nature Lovers

I love heading off the beaten track and visiting countries that are not as commonly visited as say, France or the UK. With two weeks of annual leave up my sleeve, I wanted to go somewhere unique, somewhere I had never been before and somewhere with brilliant landscapes.

I was already heading to Hungary to visit family, so two weeks in the Balkans was locked in. You can catch the train from Hungary to many of the countries in this list.

But hang on, isn’t the Balkans dangerous? Forget what you might remember from news broadcasts in the 1990s, the Balkan region has well and truly shaken off previous wars and re-emerged as a cosmopolitan, vibrant area to visit. The Balkans is located in south-eastern Europe and comprises:

My trip took me in a loop through Serbia, Montenegro, Croatia and Bosnia and Herzegovina. I’ve been to Romania previously, but for a summer trip you can’t beat travelling up the Adriatic coastline. Plus the Game of Thrones locations in Croatia were an added drawcard for me. What I was looking for were beautiful places for landscape photography, which is why I spent most of my time in Montenegro. I also wanted to go to Albania, but I had to be judicious with my time with only two weeks. I feel like this itinerary allows enough time to explore, go hiking and relax as well as see lots at the same time.

How to get around the Balkans

Getting around the Balkans is straightforward on a mix of trains and buses, although if you’re not the adventurous type I’d recommend hiring a car. Car hire can be a bit tricky due to multiple border crossings and coming in and out of EU countries. However, you can do it all on local transport, just be prepared to rush for a seat in peak season and book your tickets in advance. Buses are usually a clean and reliable option and tickets are sometimes available online through BusTicket4.me. Other times, you’ll need to rock up to the bus station and purchase a ticket. One final piece of advice, make sure you carry 1 Euro coins to pay for baggage!

Two Weeks in the Balkans Itinerary

My recommended itinerary for two weeks in the Balkans is:

Ahhh Belgrade. You’ll either love it or hate it, but I loved the gritty street art and night life vibes. With a rich history, underground bunkers, funky cafes and bars and brutalist architecture, Belgrade appeals to the curious. Visit the Belgrade Fortress for incredible views across the river, hire a bike and cycle to Gardos or take an underground bunker tour.

The tourist office in Belgrade is right near the Belgrade fortress and can arrange tickets, tours and trips for you. Belgrade can be a little intimidating if you don’t know where to go, so a day tour can be helpful for understanding both the culture and history of this town. If you’re arriving on a weekend, book tours in advance as they don’t run on every day, and tour companies are not open all weekend.

Belgrade is accessible from Hungary by overnight train, although it’s not the most flash train I’ve ever travelled on. I’d recommend flying in or driving if you have a car available to you.

While you can catch the overnight bus from Belgrade to Durmitor, go prepared with ear plugs and an eye mask. Our bus driver didn’t turn the lights or the music off!

Having said that, the trip was worth the lack of sleep. Durmitor National Park is one of the most beautiful places I’ve ever been in my life. Most places to stay are located in the town of Zabljak, but the park isn’t a far walk from town. You can walk around the Black Lake or head up the mountains on clearly marked trails. Pick up a hiking map from the tourist information centre in town.

Out of all the places I went in the Balkans, I wished I had more time to explore Kotor. It’s a stunning old town set right in the bottom of essentially a fjord, mountains either side and a fabulous laid back atmosphere. It’s also good as a base for exploring Locven National Park and the surrounding areas. Hike up to the fortress to watch the sunset over the bay or simply sit back and chill in the many cafes and local shops.

To get to Kotor from Durmitor, you’ll likely need to go through Podgorica by bus and connect to a Kotor service. There are some direct services from Durmitor to Kotor, however these go at inconvenient times.

I took this day tour to hit up the best destinations in Montenegro all in one day. I wasn’t disappointed. While it was a long day it never felt rushed; there was always time to chill out, drink wine and eat prosciutto. We went up the switchbacks to view the whole of Kotor Bay, visited Lovcen National Park (more amazing views) and took a boat ride through Biogradska Gora National Park. Do it. You won’t regret it.

From Kotor, it’s easy to catch the bus along the coast to Dubrovnik. Just be aware that people might be bringing along their inflatable swim toys in summer. You’ll want to book ahead as buses can get full during this period.

Crystal clear blue water along the Adriatic Sea makes Croatia a popular choice in summer, and many people flock to Dubrovnik to catch a glimpse of the many locations from Game of Thrones. The whole city is Kings Landing from the show, so in summer you’ll be shoulder to shoulder with the many tours and tourists in the city.

A highlight of my trip was walking around the old city walls, for the best views of the city. You’ll want to do this early in the morning as it can get really hot during summer in Dubrovnik. If you’ve got time, hire a kayak and head out to Lokrum Island. In the late afternoon, take the cable car up the mountain to view the sunset as it goes down over the islands. It’s a brilliant view. If you want to eat at the restaurant up there, book ahead.

After receiving a lot of damage during the Bosnian war, Mostar has rebuilt its bridge and emerged as a picturesque town. The image of Stari Most at night is unforgettable and like much of the Balkans, has an active night-life. Walk through the cobblestone streets at night lit by glowing golden lamps, and it’s hard not to feel the magic. While you’re there, try local food like a kevap. It’s a series of mini-mince sausages in a pita bread and rather tasty and cheap. You can shop for local leather goods, kilim rugs and scarves at the many souvenir shops.

I stayed at Lovely Bosnian Home and I cannot recommend it enough. It was a beautiful homestay decorated with kilim rugs where you could fall asleep with the sound of the river through the window. I would have liked to stay here an extra day just to relax and write.

When you head to Split, make sure you check the destination of the bus on the windscreen. You don’t want to end up on the Sarajevo bus like me!

Built on the remnants of Emperor Diocletian’s palace, Split is a fascinating place for history buffs like me. Built around the bay, you can explore the old city, which extends up and underground the street level. For the nature lovers, take a tour to visit the Blue Cave and the islands off the coast of Croatia. Night life is buzzing here, with plenty of people enjoying a promenade along the marina at night. For the Game of Thrones fans, head 20 minutes out of town to the Fortress of Klis, also known as Mereen in the TV show.

It’s best to stay in an apartment near the city although prices can be expensive in peak season. The bus terminal isn’t far from town, so if you’re getting around on bus, you won’t have far to walk.

I wish, I wish I had got to Plitvice Lakes National Park. Alas, I’ll need to save it for another trip. So this is the only place on my list I haven’t been to. If I hadn’t done a crazy two-day Game of Thrones tour I would have gone to Plitvice Lakes. From the photos, it’s a stunning series of waterfalls that tapers off into aquamarine pools. Magical stuff.

Tired from all the adventuring in the Balkans? Take a chilled day to explore Zagreb while checking out the local arts scene, street art and the museums. Like Belgrade, Zagreb has an artistic cafe vibe. As the capital of Croatia, it’s a great hub for getting a flight home too.

One of the best meals I had on my trip was at Zrno Bio Bistro, a vegan restaurant. All the food was made with local ingredients. Go for a three-course meal – the desserts were amazing.

That’s my itinerary for two weeks in the Balkans! Have you been to the Balkans? I’d love to hear your recommendations. I’m sure to go back some time.

Low down in London