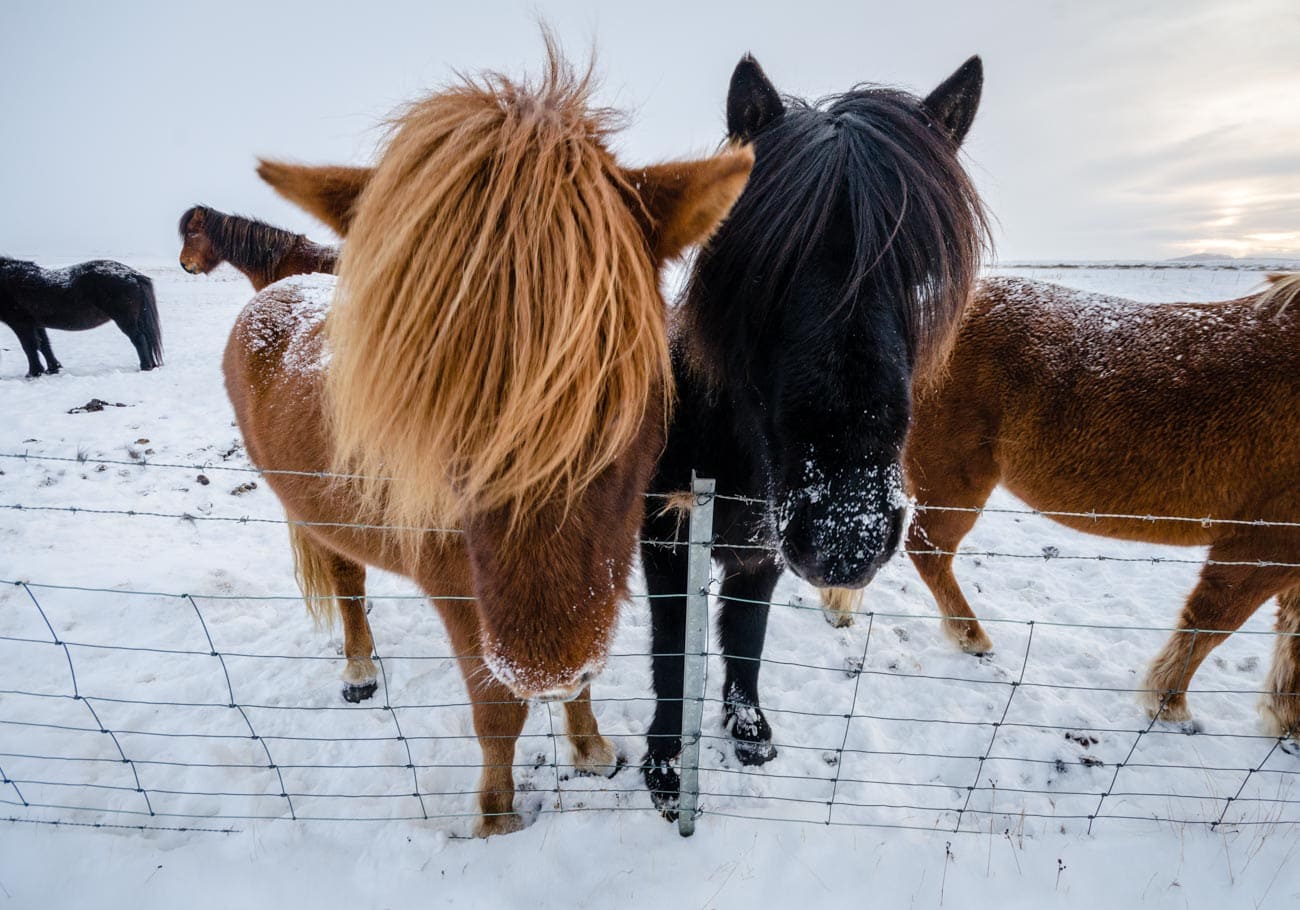 Our week in Reykjavik, Iceland

Justin: From the Big Apple to the Big Chill. 5 hours across timezones, and no not the arcade game place, and we landed in good old Iceland. It was sad farewelling the USA but you know the inevitable fate of all good things. And we got a fresh smack of blasting chilly air that serves as a window to our European sojourn. Going through Reykjavik airport was a very speedy experience, to my astonishment they didn’t even look at my name when clearing me through customs, they just stamped the second page of my six page temporary passport without a grunt or a batting of an eyelid and hey presto we were in Iceland.

So Iceland, well it’s icy and cold but not that cold, ranging from 4c to -7c. It’s certainly the coldest climate I’ve ever been to. The snow is sooo mushy and soft. I love the tactile experience of going over different types of snow and ice, even skirting and dancing around the black ice which lines the periphery of most urban streets in Reykjavik is an enjoyable experience. For most Australians snow is so foreign and other worldly you just lose yourself in the season approaching  white Christmas. As we discovered snowflakes even meet the stereotypical snowflake criteria – jackpot.

Icelanders are a groovy bunch dressed in hipster clothing, lovers of indie music with an attitude of self-sufficiency and independence. The 5 hour window of daylight coupled with jetlag wreaks havoc with your circadian rhythms and Kat and I spent most of the time in a dreamy, spacy tired trance, our body clocks way out of wack. A lot of nights we were thankful for tonnes of distracting iTouch games!

We love the architecture and feel of Reykjavik, the houses are incredibly wide and the town well dispersed, the apartments often feature quirky colors and sometimes corrugated iron and helix staircases. Iceland is heavily Christian, the design of the Lutheran churches is spartan and white, which melts into the landscape in a Frank Lloyd-Wright fashion. In fact everything here blends into the snow like the trimmings on a Christmas tree.

We went to the Viking and Saga Museum and experienced the history of Iceland’s settlement and formation. Nordic vikings came here around 800AD, found the place by chance and built this place up slowly and steadily though true grit and determination. Iceland features some of the worlds toughest men and this legacy extends way back into its medieval culture which is replete with men and women displaying remarkable acts of strength, ingenuity and determination. We saw very well made wax models depicting the sagas, mainly through 10th and 11th century. The sagas are sacred to understanding the roots and psyche of the people here. Some interesting facts: Iceland has the earliest parliament ever formed. Tuesday, Wednesday Thursday and Friday are named after Norse Gods and Icelanders use Patronymics, a component of a personal name based on the name of one’s father. We are definitely in a part of the world where history stretches back a long way so no doubt we’ll discover so much more of this type of thing as we press on.

I’ll let Kat take it from here. I feel blastingly refreshed as we embrace our European leg, next stop London and obtaining a ten year passport, fingers crossed for the path of least resistance. Take care and love to all. Justin.

Kat: Stop, collaborate and listen… Ice Ice Baby… At least that’s the song running through my head all week. The view from our lovely apartment is covered with snow, cars buried a foot deep in ice and white flakes. Being an Australian I’m not accustomed to snow. We don’t have snow in Sydney and I can count the number of times I’ve seen snow on my right hand. Whenever I see snow I get a giddy feeling, running around like a little kid making snowballs and stamping my feet. I hold my hands out to examine the crystals. I was amazed to find snow actually looks like the cartoons of snow, on a much smaller form; the six figure crystals that melt instantly on the palm.

The Saga Museum was a lot of fun; I won’t easily forget the wax models of Vikings killing, maiming and executing their victims. It’s housed in a beautiful building called the Pearlan or Pearl in English. Wandering around in -7C weather in the snow was a lot of fun, walking back from the museum we saw a bunny hiding between the pine trees. There’s a magical light that inhabits Reykjavik and indeed the whole of Iceland. Because of it’s distance from the sun, it is in a constant state of sunrise or sunset. Perfect for us photographers who love golden hour. Even better, you don’t have to get up early to shoot the sunrise.

On Thursday we took the obligatory Golden Circle tour. It’s one of the must see things here and covers three of the national treasures including one UNESCO site: Gulfoss, Geysir and Pingvellir (pronounced Thing-vell-ear). Leaving when it was dark we stopped off at a bakery while the snow was falling outside. The bus drove through a foot of snow along slippery roads inland from Reykjavik. Gulfoss is an incredible sight running across the landscape. I’ve never seen such a big waterfall.

From Gulfoss we drove to the original Geysir, you know the things that spout water into the air like Old Faithful. We have now officially visited three of the most volcanic areas in the world, Yellowstone, Iceland and New Zealand, and seen most of the world’s famous geysers. Unfortunately Geysir doesn’t work these days but the one next to it spouts out every couple of minutes. Then a final trip to Pingvellir/Thingvellir, the home of the world’s first democratic parliament. Not exactly parliament house or the white house… think more a pile of rocks covered in snow. But a very pretty pile of rocks. While the tour guide apologised for the weather and hoped we were having fun, we were running around like little kids, Justin picking up snow every which way.

Our last day in Iceland was not without adventure. An anonymous friend had suggested that we visit the Icelandic Phallological Museum. Yes, you’re probably thinking “Is that what I think it is?”. The museum has the world’s largest collection of penises on display. Or is that penii? Despite going in with the intentions of Year 9 Boys, we actually found it quite interesting. I’ve seen the world’s smallest penis (a hampster) and the world’s largest penis (a whale). There were two other women visiting at the same time, all in the name of science (no, really, they were biologists). And yes, there are some human beings who have donated theirs to the museum upon their death. According to the museum’s research you need an above average IQ and an above average HQ (humour quotient) to enjoy the museum, and of course, we have both in droves.

But my favourite moment in Iceland was meeting some super cute Icelandic ponies. They’re a gorgeous breed that sits out in the cold, snow on their backs with Justin Bieber haircuts. While horses seem to find Justin strange, they just love me and licked my fingers, probably hoping for some sugar cubes or something.  Justin has promised he’ll buy me one… I live in hope. Until next time. Kat

Kat, I hope you had time to brush up on your Jule verne’s voyage au centre de la terre. Iceland is where the journey starts… and the Icelandic ponies are praised :)Justin, good to see you are wearing gloves!!!
Any snow angels yet????

I’ve read it in English but I have it on my kindle in French, yet to read. I do love Jules Verne. No snow angels of yet 🙂

Two Weeks in the Balkans for Nature Lovers

Nice is noice: Provence and the Cote D’Azur