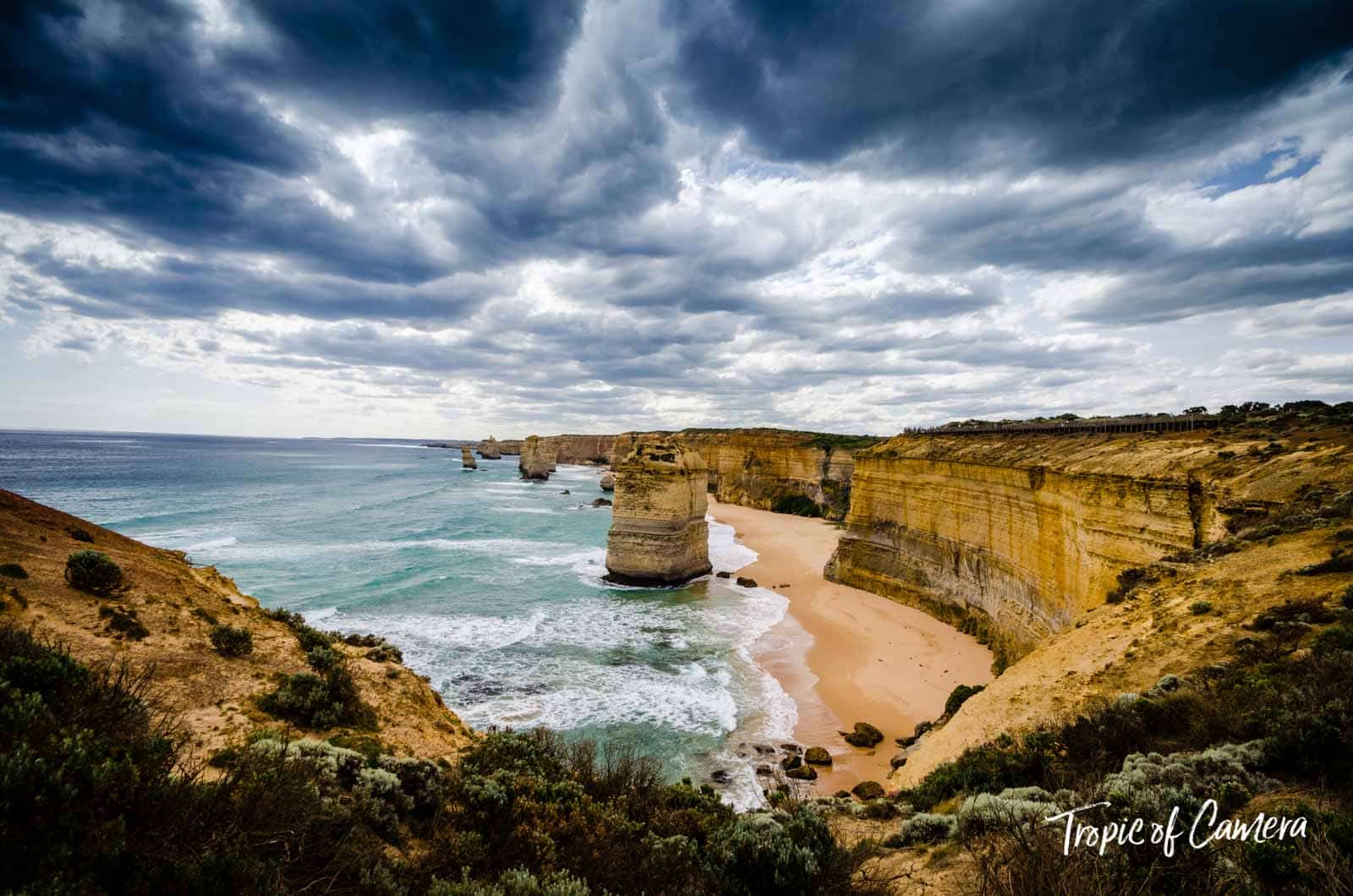 While I’ve been living in Melbourne for over a year now, I still hadn’t gone on a Great Ocean Road day trip. When the opportunity to go to the 12 Apostles and surrounding national parks came up last weekend, I jumped at the chance. While the day started out looking quite overcast, it turned into some spectacular and dramatic weather for photography.

I met the tour at 8am at Flinders St and travelled down south towards the Great Ocean Road. The coastline of Victoria is one of the great marvels of Australia. It’s impossible to miss such a spectacular part of the world if you are visiting. I think one of the problems with us Aussies is that we often forget the wonderful things we have in our own backyard.

The tour stopped in at Lorne to have a quick look at the pier, where I got in some dramatic snaps of the encroaching storm over the pier. Several fishermen were out catching (or not catching) their fish for the day. From there we journeyed to Apollo Bay for lunch. White washed houses strode out on struts over the sloped hills. I sipped a beer in the sunshine waiting for some snags to cook. The highlight of any trip to the Great Ocean Road is a view of the 12 Apostles, the well-known rock formation on the coast. While there’s only 8 Apostles left standing, the landmark still attracts record crowds on bus tours each day. It’s a challenge to get a different photo of a much-photographed destination, especially in the afternoon light, but I like to think my photo of the storm rolling in over the 12 Apostles is a little different from the usual pictures. I recently wrote a post on using camera filters, and I was inspired to get my graduated neutral density filter out for this trip, knowing there would probably be bright, overexposed skies. This photo wouldn’t have been possible without the strongest of my GND filters.

The last stop on the trip was to Loch Ard Gorge, where pure water washes up between two walls of rock. What’s notable about the gorge is the stunning cave and stalactite formations at the rear of the gorge walls. Loch Ard Gorge is part of Port Campbell National Park and is named after the Loch Ard ship, which ran aground nearby. I have plans next year to walk the Great Ocean Road, because it looks like it would be a cracker of a hike.